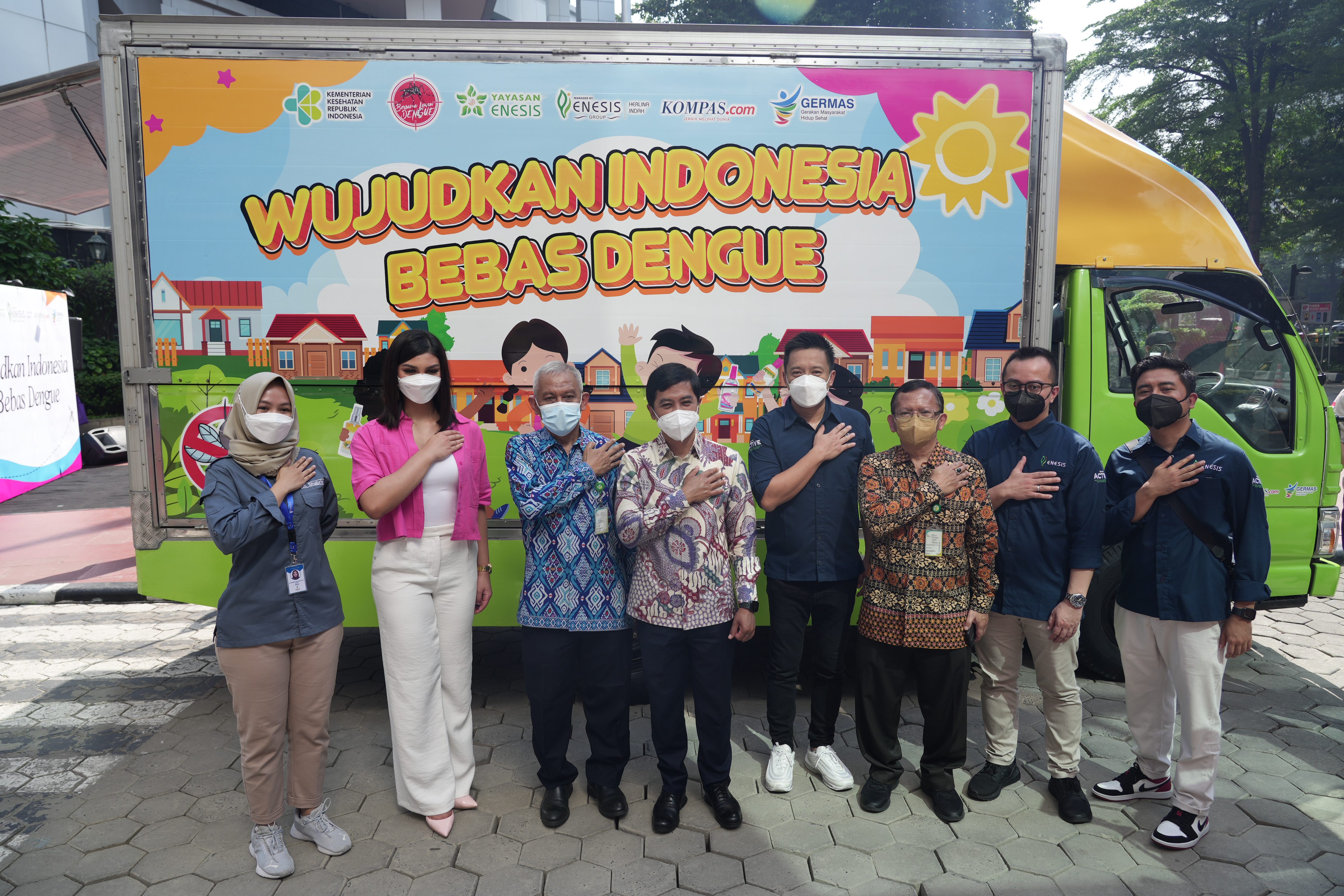 Taking part in the commemoration of Asean Dengue Day 2022, Enesis is promoting the “Realize Dengue Free Indonesia” campaign which will be held from July until its peak on World Mosquito Day, August 20, 2022.

The ceremonial release of the Education Car was held on Tuesday, July 5, 2022, attended by the Deputy Minister of Health of the Republic of Indonesia, dr. Dante Saksono, Director of Public Health Promotion and Community Empowerment, Dr. Imran Agus, Chairman of the Board of Trustees of the Enesis Foundation, Ryan Tirta Yudhistira.

Ryan Tirta Yudhistira as Chair of the Board of Trustees of the Enesis Indonesia Foundation stated “This Mobile Education Car is a collaboration with the Ministry of Health to provide an appeal to the public regarding the implementation of Clean and Healthy Lifestyle (PHBS) and Dengue prevention through PSN 3M Plus. For the initial stage, this educational car will target elementary schools, markets, hospitals, MTI and PKK women in several cities, namely, Bandung, Cirebon, Yogya, and Malang, and gradually we will target more than 100 points throughout Indonesia.” Says Ryan,

On the same occasion, the audience was invited to see the education that will be given later, one of which is the Mosquito Power Test, which was demonstrated by Actress & Social Activist, Jihane Elmira. This Mosquito Effectiveness Test shows that if we use Soffell, the mosquitoes will not bite our hands. Unexpectedly, the Deputy Minister of Health also participated in the Potency Test activity.

The Enesis Program also received support and appreciation from the Ministry of Health, in his remarks the Deputy Minister of Health said “It is necessary to make efforts to increase public awareness to prevent the occurrence of dengue fever. In this case, the Ministry of Health cannot come down alone exclusively to deal with dengue fever because it requires community participation, this educational car from Enesis is one of the efforts to prevent the transmission of dengue fever in the community.” said the Deputy Minister of Health

Enesis Education on Preventing DHF in Elementary Schools in Bali and with Mrs. PKK and Chair of the TP PKK Province of Bali

Ahead of Lebaran, Enesis Collaboration with the Government Presents Safe and Healthy Homecoming Posts