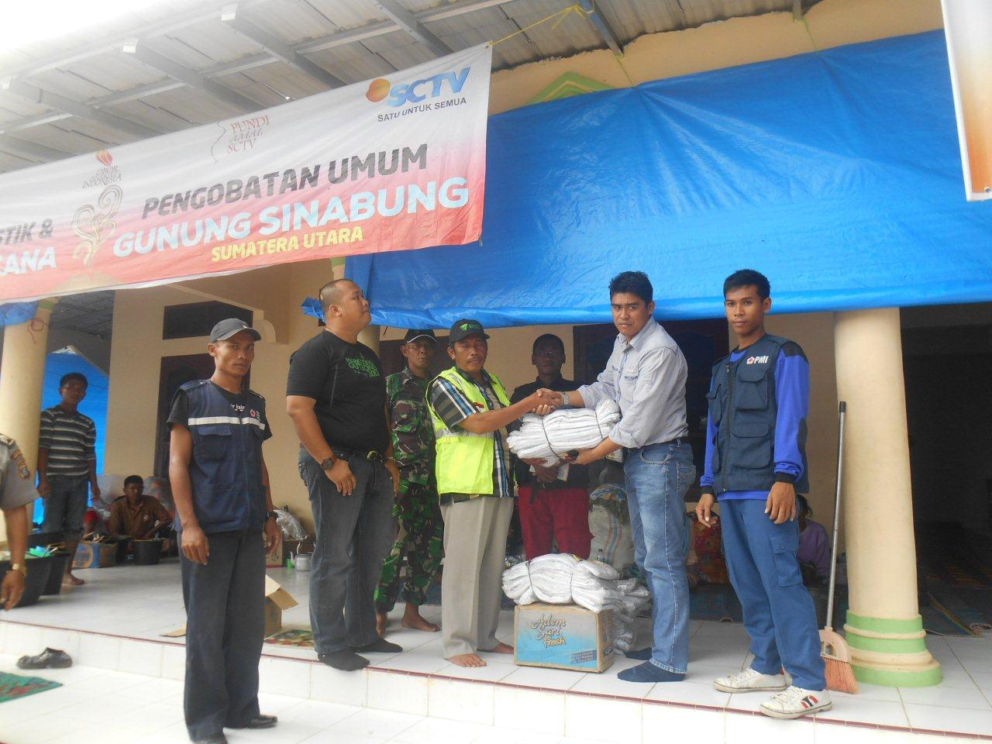 The natural disaster of Mount Sinabung eruption, which is located in Kabupaten Karo, North Sumatera, on Sunday, 10 November 2013 has caused a number of residential areas around Mount Sinabung was covered by the volcanic ash.

The eruption of Mount Sinabung, which is located in Kabupaten Karo, North Sumatera, on Sunday, 10 November 2013, has left a great despair among the North Sumatera people. Several points in the residential areas located in Kabupaten Karowere forced to refuge as a prevention stage to avoid the impact of volcanic ash as the result of Mount Sinabung eruption. Many helps came from various government agencies, private and individual which were moved to help the victims of the Mount Sinabung Eruption.

On Wednesday, 13 November 2013, Enesis Group through the Medan representative team also participated in delivering the aid to the refugees which were distributed through the post ofPalang Merah Indonesia (PMI). The aid provided by the Enesis Group consists of 200 blankets and 2,880 sachets of Adem Sari Fresh products.

After that, Enesis group also participated in distributing helpfor the flood refugees on January 22, 2014 for two areas in Jakarta, including Kampung Pulo, Kelurahan Kampung Melayu, Jakarta Timur, and Kelurahan Rawajati, Jakarta Selatan. Through the Public Relations division, Enesis Group provided 200 blankets and 1,728 sachets of Adem Sari Fresh which were then distributed through the official post of local government of DKI Jakarta. Enesis Group has consistently conducted a routine charity program, called “Enesis Peduli” as a form of social care to help the disaster victims in Indonesia.

CSR of Prevention of Dengue Education With 3M Plus in Bandung

Participation of Adem Sari In Joyful Event in Refugee Camp in Rendang, Bali