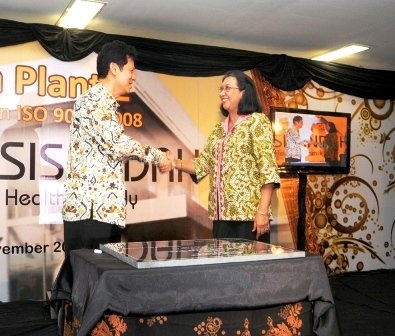 On the same day with Hero Day, 10th November 2011, the head of Badan POM, Dra. Kustantinah, Apt. M.App. Sc. Announced officially Plant-2 and disengagement of export container of PT Sari Enesis Indah. ”Through the event, we hope that it would turn out to be a good momentum to revitalize the meaning of being a hero. As a company already earned trust from society, we PT. Sari Enesis Indah keep in trying to revitalize our spirit to keep growing and developing into a better society.

PT Sari Enesis Indah is one of Enesis Group’s subsidiaries. In 1988, Enesis Group was the first company who produced mosquito repellent lotion in Indonesia with brand name Sari Puspa and then was changed afterwards into Soffell, which is up until present, is the best selling mosquito repellent in Asia. Enesis Group has widened its product variety into a lot of categories and has become one of the Group Pharmacy and the best Personal Care in Indonesia.

Along with the increasing trust earned from the society towards Enesis Group, exactly on 5th March 1995, PT Sari Enesis Indah was created with its first location in Pulo Gadung Industrial Estate. And in 2001, PT Sari Enesis Indah expanded its factory in Cikarang area by building Plant-1 which started to operate on 2002.

To give the best to the country, PT Sari Enesis Indah expanded its factory by building Plant-2 in 2009. Plant-2 was inaugurated today and will start to operate on 2011, which also has certification CPOB and also ISO 9001:2008. 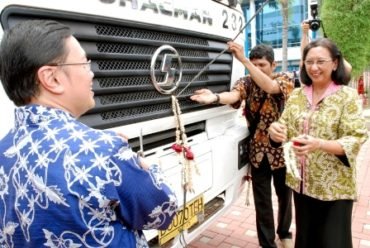 PT Sari Enesis Indah has succeeded in exporting goods to Vietnam, Hongkong and Republic of China. Success, change, development and also increasing for PT Sari Enesis Indah are progressive and responsive events. Therefore other than official announcement of Plant-2, at the same time also held disengagement of export container of PT Sari Enesis Indah. Even with all the efforts to keep moving one step ahead and adapt to all changes, we are also building Plant-3 at the present time.

Along with increasing and our achievements, PT Sari Enesis Indah keeps on trying to give real advantages as a continual growth in Indonesia’s society. One of the way to do it is through program CSR “Sehat Jajanan Sekolahku” which is a “Program Peduli PJAS from Badan POM” to fulfill Pangan Jajanan Anak Sekolah – PJAS which is safe, high quality and nutritious for the future of them, children. .
Just like spirit and heroic souls of Indonesians hero, we hope that PT Sari Enesis Indah’s existence will also get blessings from The Almighty God and will also give more positive benefit for everyone in the present or in the future. (Indonesia)