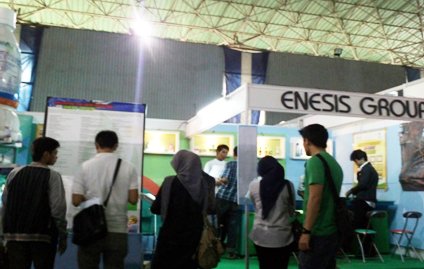 Enesis group participated again in the Career Fair School of Business and Management held by Insitut Teknologi Bandung (SBM ITB) 2012 to locate the future employees, fresh graduates or even the experienced ones. This event was held on 15-16 June 2012, in Gedung Serba Guna SBM ITB Bandung. It was visited by approximately 5.000 participants who came from ITB itself or other colleges from Bandung and surrounding.

The main activity done by the Enesis team in the event was to inform society about a vacant position and a chance to join Enesis Group. For not wanting to miss the opportunity, Enesis team also promoted and showed around its products, especially the new ones, like Coolant, Proman, and Adem Sari Cing Ku. This promotion attracted a quite big number of visitors to stop by at Enesis booth and fill out application to apply for a job in Enesis. Enesis team also got a chance to present Enesis group’s company profile which created enthusiasm from the job seekers to know more about Enesis group. There were also goodie bags for the job seekers who were willing to participate by asking questions or even answering questions from the quizzes.

On the second day, besides doing socialization activity in the booth, Enesis team also had a psychotest to fish out for the best candidates out there. The chosen candidates to take part of the test were candidates who succeeded to pass through a CV selection on the first day. Next, the best candidates will follow a recruitment stage in Jakarta. 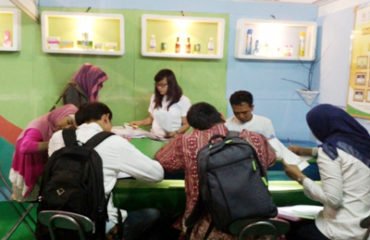 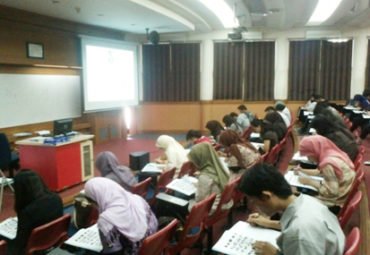 Through this Career Fair School of Business and Management, it is expected that society could get to know more about Enesis, especially for job seekers to have a chance to join Enesis.