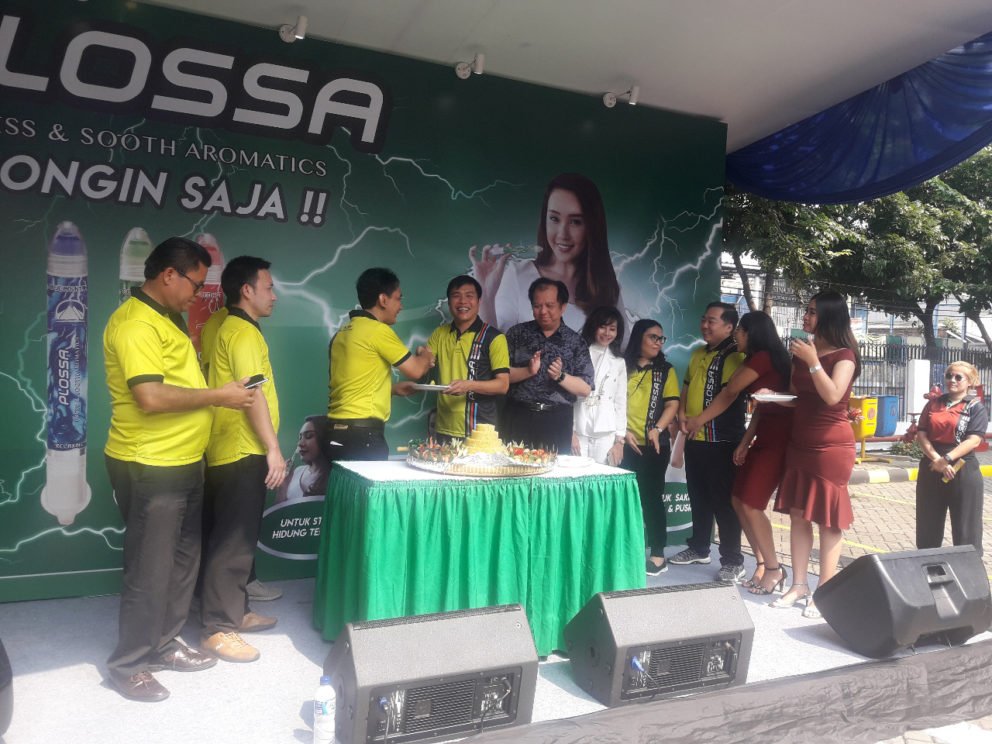 Enesis Group continues to innovate, now it is the turn of Plossa Press & Sooth Aromatics to be present to enliven the Indonesian wind oil market. The Plossa product launching event was attended by the Sales & Distribution team of Enesis and the salesmen from PT Indomarco held at several points, namely Jakarta and Bandung (September 2018), Yogyakarta (October 2018), Bali (November 2018), and following in other cities .

Fauzi Pane (Product Executive Plossa) said that the unique selling point of Plossa compared to similar products namely Plossa has the concept of 4in1 as massage, scraping, roll on, and in haler (pikerolin) so that it is more practical, modern and efficient. The benefit of Plossa is that it can relieve aches, headaches, symptoms of colds, bloating, and nausea. Plossa comes with 3 variants namely Eucalyptus (natural eucalyptus), Red Hot (extra warm), and Blue Mountain (relaxing) which can be adjusted to your tastes and needs.

On a separate occasion, Plossa also held an internal launching in Pulogadung by holding Pikerolin exercises together in the parking area of ​​PT Herlina Indah Pulogadung. Not only that, there is also free social media activities, which is only by uploading selfies in Instastory and tagging accounts @plossa.id and like Facebook fanpage, Plossa, employees can get Plossa products.