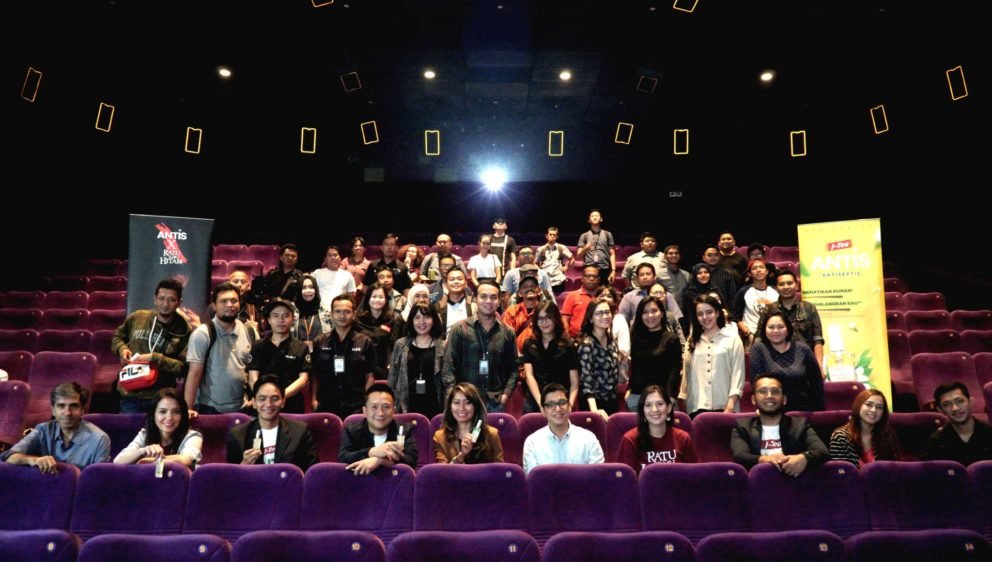 Not unexpectedly in the film “Ratu Hitam Hitam” there was a unique thing, the use of Antis, Hand Sanitizer (anti-germ hand sanitizer without water) in one of the movie scenes. Antis held a movie together with Insan Enesis in Pulogadung, Ciawi, and Cikarang in 3 different theaters.

On the following day, Enesis Group also invited media colleagues to take part in the “Antis x Ratu Hitam Hitam” Watching Event at XXI Plaza Indonesia. The event was attended by Producers from Rapi Films, Director Kimo Stamboel and several casts from the Film Ratu Hitam Hitam such as the cast of Eva (Imelda Therinne) and Nadya (Hannah Al Rashid)