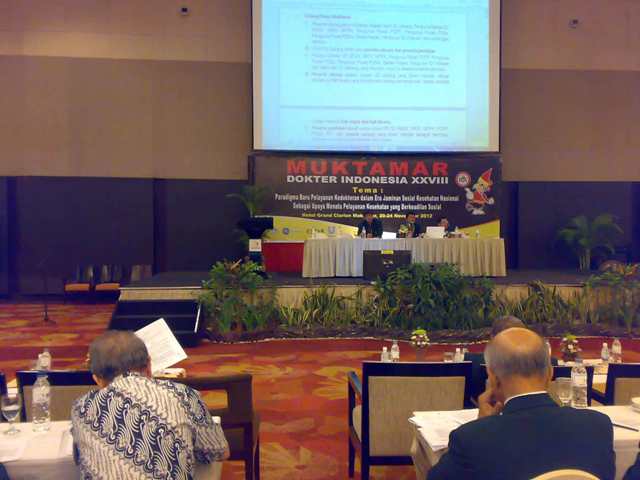 Workshop and National Exhibition of Snack for School Children

Workshop and National Exhibition of Snack for School Children (Pangan Jajanan Anak Sekolah) was taken place at SMESCO Building, Jalan Gatot Subroto Jakarta, at 7-8 December 2012, by the chairwomen of the Indonesian National Agency of Food and Drug Control (Badan POM) Dra. Lucky S. Slamet, M.Sc, this event was attended by the Director General of the Development of Community Nutrition, Director General of Primary Education, Chief of the National Agency of Profession Certification and representative of the local government, Chairman of the Regional Office/ Balai POM from the entire of Indonesia, as well primary school student, teacher, and students’ parents.

In her presentation, the chairwomen of the Indonesian National Agency of Food and Drug Control describes that up to June 2012, 76% of PJAS in Indonesia has met the security requirements based on the result of sampling and examination carried out by Indonesian National Agency of Food and Drug Control (Badan POM). It will continuously increase after the National Movement for the Secure, Qualified, and Nutritious (Gerakan Nasional Untuk PJAS yang Aman, Bermutu, dan Bergizi) PJAS proclaimed by the Vise President of the Republic of Indonesia at 31 January 2011, which has been followed up with the National Action Plan (Rencana Aksi Nasional) RAN – PJAS. The realization of RAN – PJAS itself carried out through the implementation of the five strategies, namely (1) the strengthening program of PJAS; (2) the increasing “awareness” of PJAS community; (3) the increase capacity the resources of PJAS; (4) modeling and replication of school canteen; and (5) Optimization management of the National Action of PJAS.

Along the next 2013, PT Sari Enesis Indah will be back to be committed implementing the PJAS program through carrying the theme “Sehatnya Duniaku – Aku Anak Emas (Edukatif, Mandiri, Atraktif dan Sehat/ Educative, Self Reliance, and Heath) Indonesia. PJAS program at this moment will be fulfilled with several activities, such as educative road show to 50 schools in Jakarta and Bandung, workshop for teacher and media, Talk Show TV and Radio, the planning of healthy canteen, as well Bigbang Event of which is the top event of the entire activities. (Indonesia)