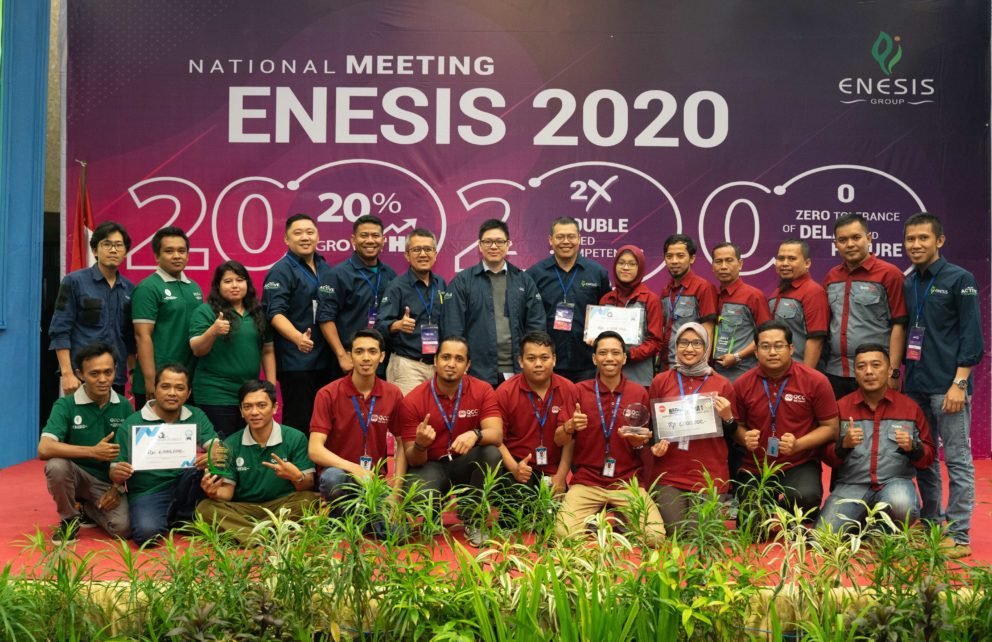 Enesis starts a new movement, the Quality Control Circle Convention (QCC), which is planned to become the company’s annual agenda starting this year. The 2019 QCC series will take place from October 23, 2019 and have been carried out in 3 plants namely; Ciawi, Pulo Gadung, and Cikarang.

First, participants in the QCC group had to go through a preliminary round which was judged by how many judges for the next 3 groups with the best innovative ideas will continue the presentation to the final round which was assessed directly by Mr. Budiman Goh (COO), Mr. David Chendra (CMO), Mr. Andrew Bernardus ( CFO), Mr. Robby Setiadi (Plant Head Ciawi), and Mr. Budi Hermawan (IR&GA Corp).

The final round carried out at the Pulo Gadung plant was won by the Kompak group, at the Ciawi plant won by the ASCK group, and at the Cikarang plant it was won by the Perkasa Group. Each of the first winners was invited to attend the 2020 National Meeting held at the Mercure Convention, Ancol.